Suresh Raina, one of India’s most talented cricketers, has teamed up with cricket writer Bharat Sundaresan for a new book titled Believe: What Life and Cricket Taught Me (2021). It is a memoir that captures both delightful and disturbing moments from Raina’s eventful life. Published by Ebury Press, an imprint of Penguin Random House, it attempts to go beyond chronicling all of Raina’s strengths and weaknesses as a batsman, bowler and fielder.

Born in 1986 to a Kashmiri father and a Himachali mother, Raina was raised with his siblings in Muradpur, Uttar Pradesh (UP). This book recalls his happy childhood memories of relishing kulfi and bread pakodas, of playing in the dirty water of the naala in his hometown. It also records the pain of the descendants of Kashmiri Pandits who were compelled to leave the valley in the 1990s. Raina writes, “Once, my father even told Farooq Abdullah Sahib politely that we had come to UP and that we didn’t want anything from his government.”

The book also offers glimpses of Raina’s admiration for Sachin Tendulkar, whom he calls “Paaji” and “a great inspiration.” He writes, “I was…fortunate enough to get to share a dressing room with him, bat in the middle with him, and also experience some of the greatest highs and lows of my cricketing career with him.”

The book’s title comes from a tattoo on Raina’s arm, which says, “BELIEVE”. It was inked to remember Tendulkar’s advice to him.

Soon after Tendulkar announced his plans to retire in 2013, Raina approached him for mentoring. Raina writes, “I called him up and asked if he could come work with me on my batting. He not only agreed immediately but also made sure he was available at the cricket centre at the Bandra Kurla Complex (BKC) every time I went there.” Raina was moved by Tendulkar’s efforts into getting him ready for his 2014 England tour.

During one of their many intense sessions of training, Tendulkar pulled Raina aside and said, “Believe in yourself. You can do it.” This book shows that Raina took these words of encouragement to heart, and resolved to work not only on his technique but also his mindset. This story emphasises how crucial it is for accomplished sportspersons to devote time and energy towards mentoring younger colleagues who need guidance, direction and nurturing.

The book also has some hilarious anecdotes involving Tendulkar, which might surprise readers unfamiliar with his funny side. Once, Raina and Tendulkar were travelling on the same flight, and were seated next to each other. An airhostess mistook Raina for Tendulkar’s son, and told him, “Hi, Arjun, how are you? How is your mom?” Tendulkar did not want to miss having a good laugh, so he told the airhostess that his wife was upset with his son because he had not been studying. Tendulkar winked at Raina, and asked him to play along.

Such light-hearted moments soften this book, which is filled with stories about many hardships that Raina has faced in his life. He opens up about the death of his brother Rakesh, who met with a road accident in 1997. Rakesh was on a bus that collided with a truck, and suffered serious head injuries. The bystanders ran away instead of helping Rakesh. This caused Raina a lot of agony, especially because one of the them was a close family friend.

This book also delves into Raina’s experiences at the Lucknow Sports Hostel, where he and his peers were exposed to cruel behaviour from the seniors. They got beaten with hockey sticks, had cold water splashed on their face, and were forced to deliver cups of tea to various rooms. The seniors made them do sit-ups, got them to mow the lawn on winter nights, and also threw grass, dead insects and mud into their milk.

Raina, who used to keep a personal diary at the time, writes, “How much of your bad experiences in life should you share with your parents or even your partner? It’s a tricky one. In life, we often hide these things from them in order to prevent them from getting hurt. But eventually, they might end up getting hurt even more if they find out the truth by themselves. Maybe the secret is to realise that your pain is their pain too, and that it’s best to share it.”

In this book, Raina reveals that he and his peers tried to remain “mentally strong” but the abuse was too much too handle. One of his hostel mates was so severely affected by the bullying that the boy threatened to take his own life. Raina himself feigned an illness to get out of the hostel, and return to the safety of his home and family in Muradpur.

He writes, “If you ask me, ragging should obviously be banned, especially at hostels in places like Uttar Pradesh, where the general environment in itself is very aggressive.” His mother and sister did not want him to return to the hostel but his father had a different thought process. He had made many sacrifices, which included taking a loan for his son.

Raina writes, “My father was insistent that I return to the hostel. His point was, you can’t run away from troubles in life; you have to stand up and face these challenges head on.”

Raina’s brother Dinesh tried convincing him to go back. Eventually, Raina’s cricket coach S. P. Krishnan came to meet him. He was shocked to hear about the ragging that Raina had been subjected to. He assured Raina and his parents that nothing of that sort would ever happen again. No one came forward to speak against the seniors, so no one got punished. However, the hostel authorities became more vigilant because they were aware of what was going on.

It is courageous of Raina to revisit these traumatic experiences, and speak passionately about how ragging impacts the mental health of young sportspersons who are getting trained to represent their state and country. He writes, “It’s really a menace that needs to be wiped out. If you are a victim, remember to not feel guilty; instead, make sure you stand up against it.”

One of the most heartwarming aspects of this book is the affection with which Raina speaks about his friendship with Mahendra Singh Dhoni, whom he calls “Mahi”.

Raina writes, “We both came from small towns, we had similar family backgrounds and we were both sons of the soil. We liked desi things. And when you’re away from home, it’s natural to look for someone with whom you can share dil ki baatein. Mahi Bhai was that person for me.”

In this book, Raina expresses his unease with social events, embassy dinners and fine dining. He and Dhoni felt more comfortable eating at food courts on international tours, and at dhabas when they were travelling within India. Raina writes, “The thing with fine dining is to know exactly how to use the spoon and the fork, not to forget the different varieties of knives. It was all too stressful. We would stick together and try and learn by looking at others.”

Raina’s willingness to articulate these vulnerabilities, which are so commonly felt but often brushed under the carpet, make him endearing. He also writes about growing up in a home with major space constraints; it was a large family living in one room. He beams with pride while mentioning the handbag that he bought for his sister with his first earnings, and his scholarship for Rs. 10,000 “which felt equivalent to Rs. 10 crores to me back then.”

Winning the World Cup in 2011, playing in the Indian Premier League, getting married, and becoming a father, are some of the other highlights from Raina’s life that appear in this book. He also has many kind things to say about Rahul Dravid, his former colleague who has now taken over as the head coach of the team. The book promises to be a refreshing read for cricket lovers, particularly those who want to see cricketers not as stars but as human beings. 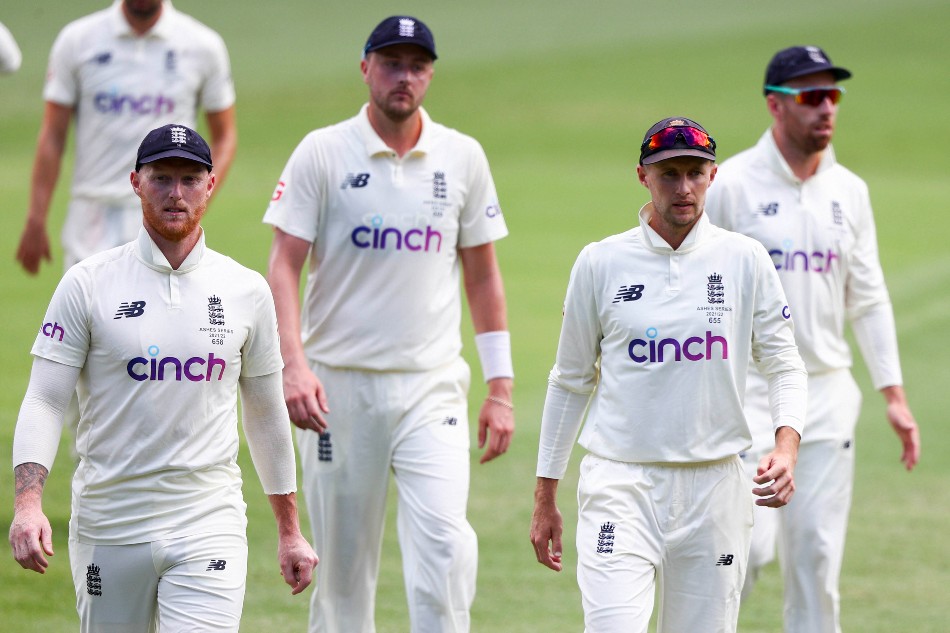 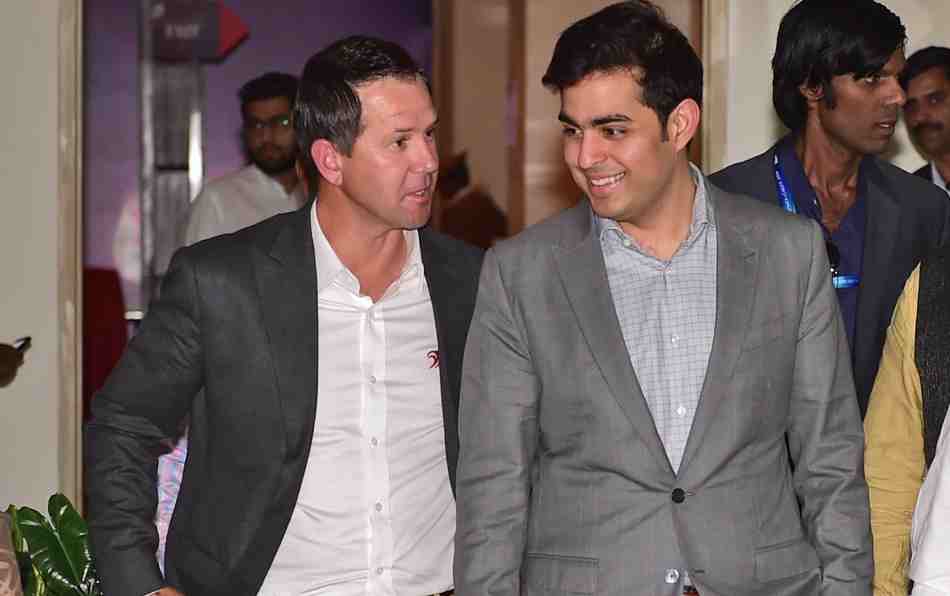 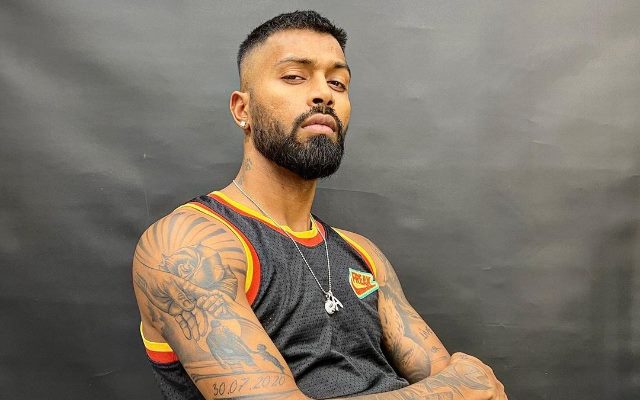 Change In The Playing XI Or A Tweak in The Batting Order - W...