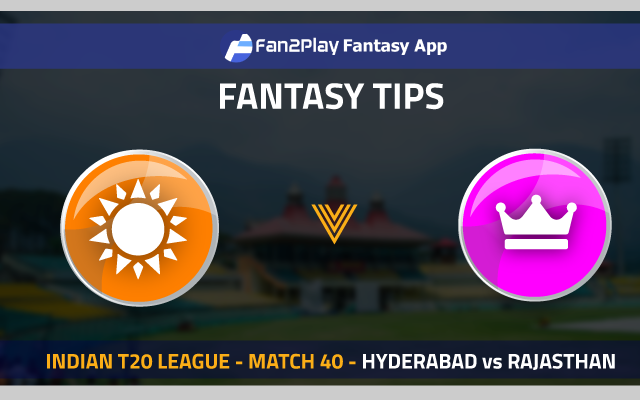 Hyderabad and Rajasthan will play against each other in the 40th Match of the 2021 edition of the Indian T20 league. This encounter will be played at the Dubai International Cricket Stadium.

This match will begin at 07:30 PM IST and will be streamed live on Hotstar.

Hyderabad has endured an absolutely horrendous campaign in the 2021 edition of the Indian T20 League. The ‘Orange Army’ has lost 8 out of the 9 matches that it has played in the tournament, and is languishing at the last spot in the points table. In their previous match against Punjab, the Hyderabad side failed to chase down a target of 126 and went down by 5 runs.

On the other hand, Rajasthan is positioned at 7th place in the table and has emerged triumphant in 4 out of the 9 matches that it has contested in. The Delhi side pummeled the Sanju Samson-led side by 33 runs in Rajasthan’s previous rubber.

Captaincy Picks for Hyderabad vs Rajasthan

Jason Holder produced a superb performance with both bat and ball in Hyderabad’s previous game against Punjab. While Holder scalped 3 wickets in 4 overs and gave away 19 runs with the ball, he scored a quickfire 47* off 29 deliveries with the willow. Holder has taken 25 wickets and scored 165 runs in the Indian T20 league.

Sanju Samson was the only batsman who contributed significantly with the willow in Rajasthan’s previous rubber against Punjab. The Rajasthan skipper scored a 53-ball 70 for his side, and his innings was embellished with 8 fours and a six. Samson has amassed 2935 runs in the Indian T20 League. 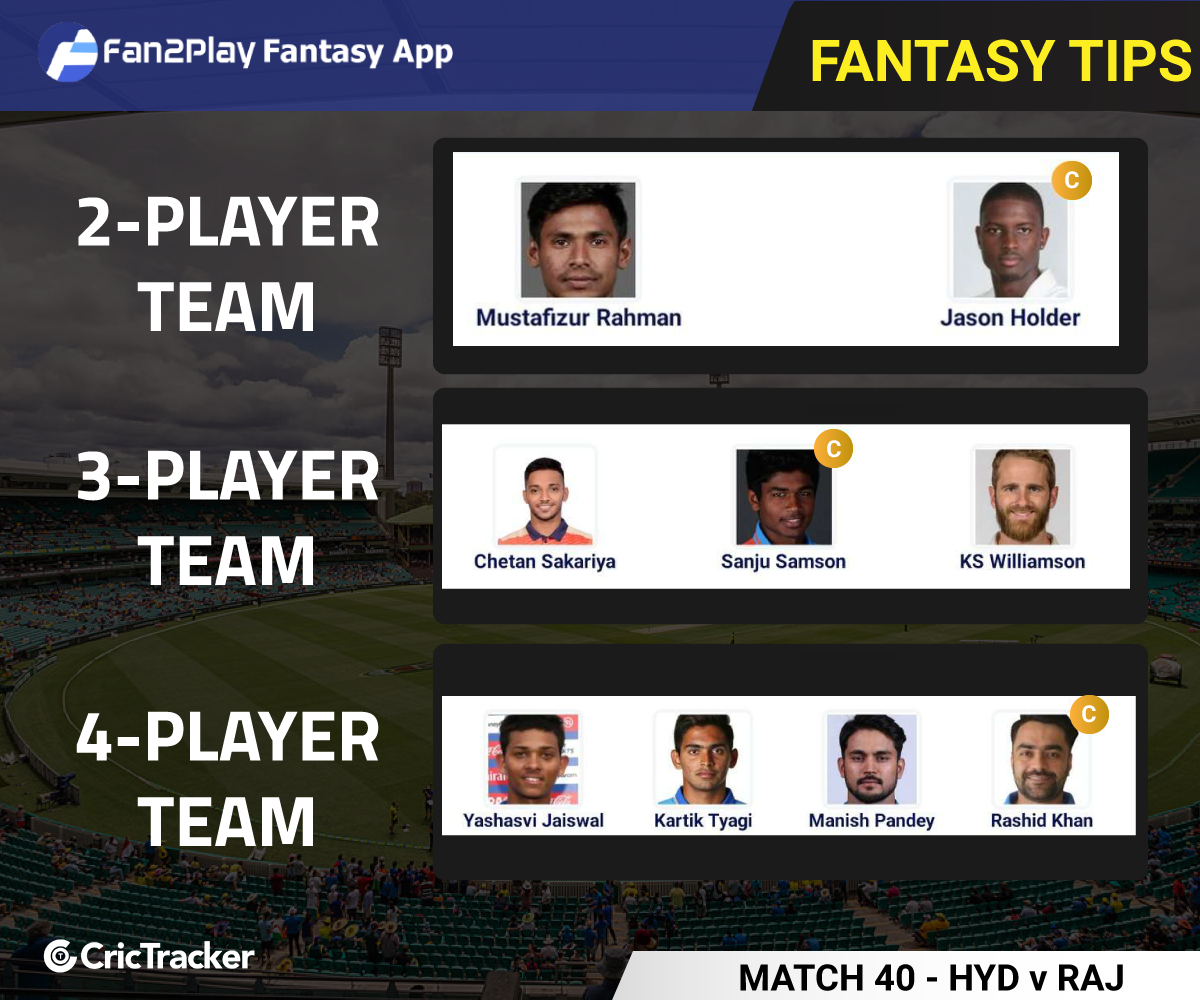 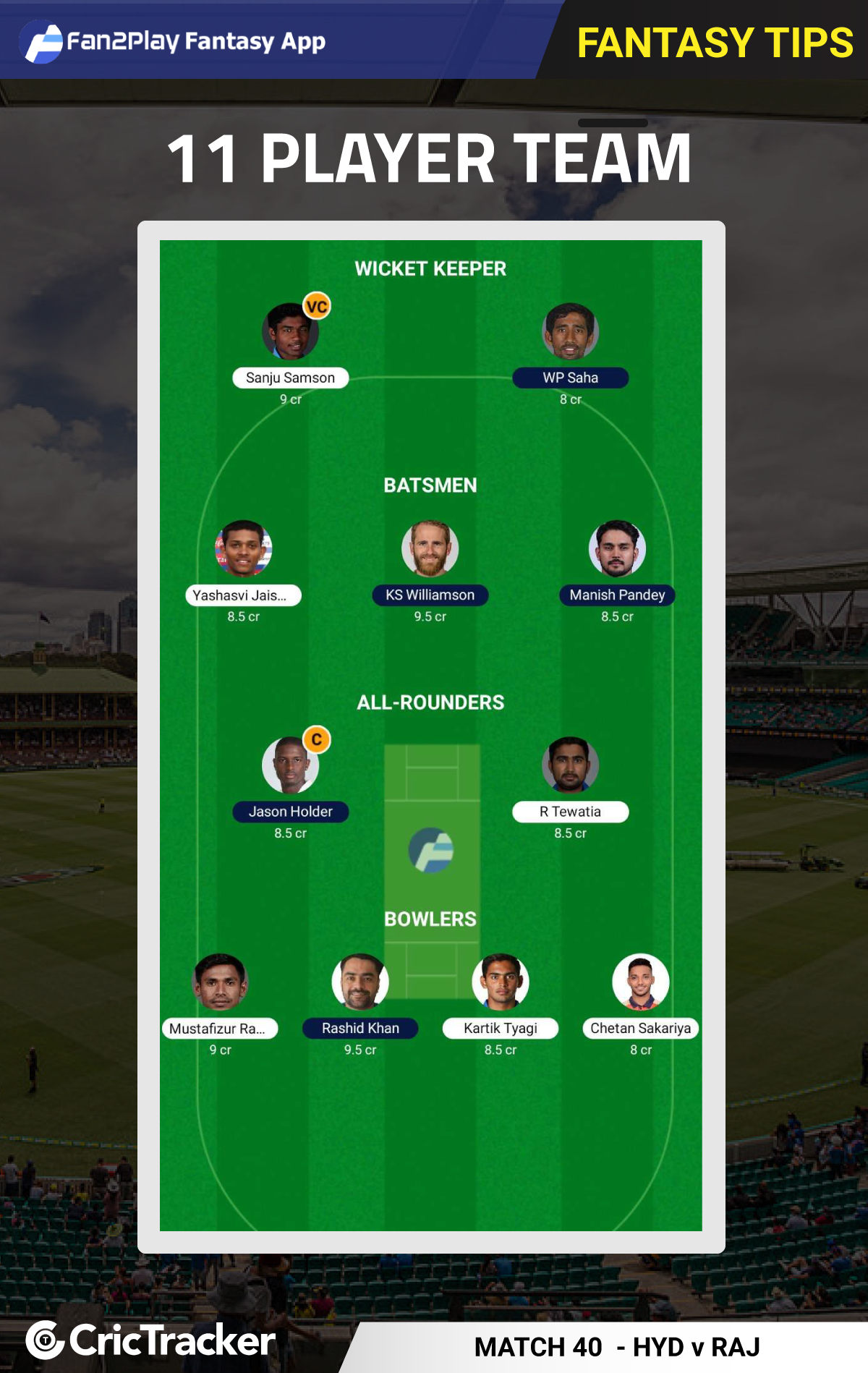 Disclaimer: This team is based on the understanding, analysis, and instinct of the author. While selecting your team, consider the points mentioned and make your own decision 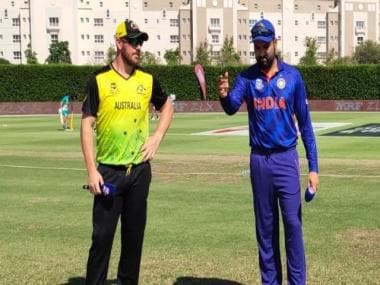 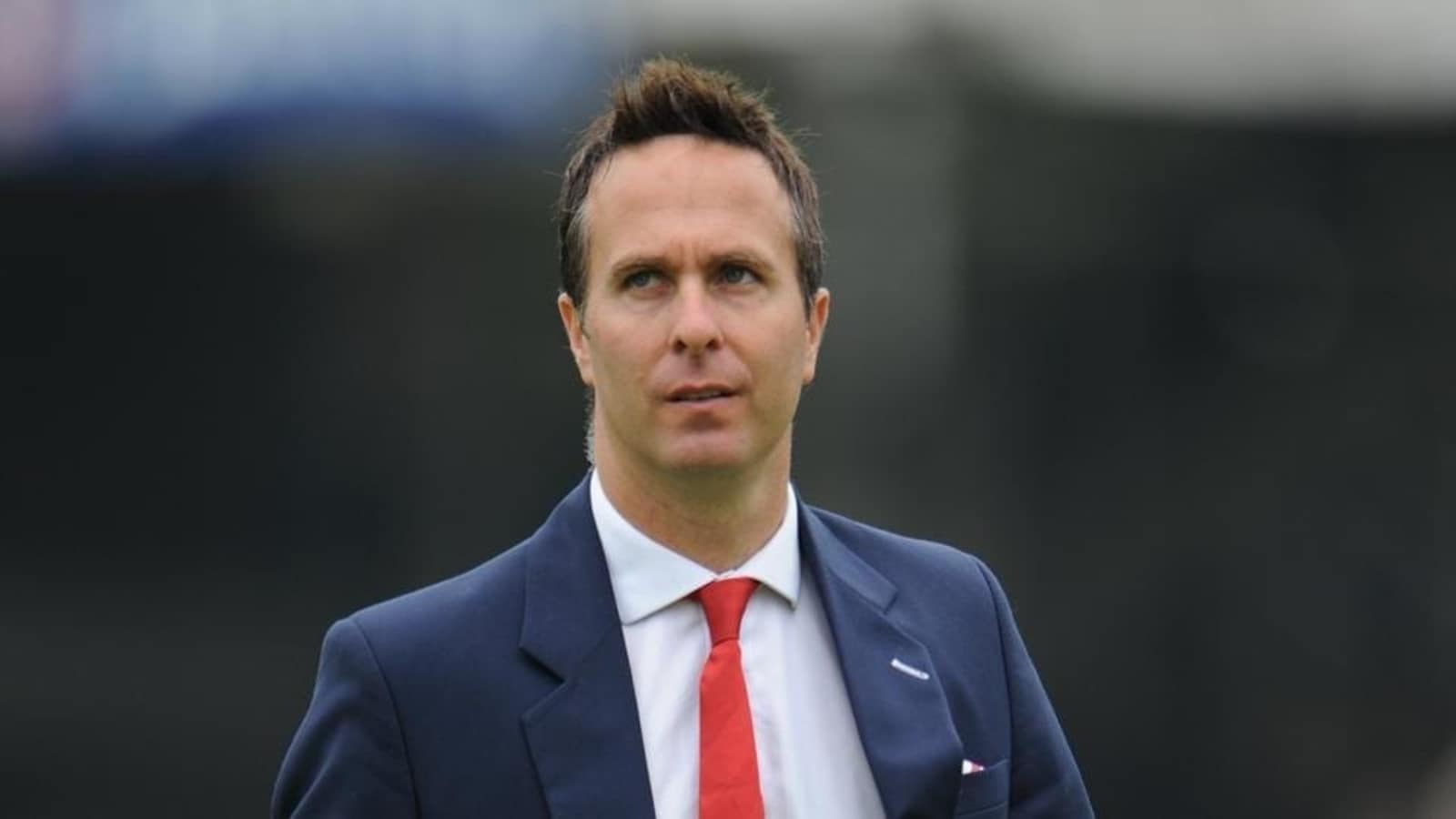